We were asked to give some Theraplate sessions to an 18 year old mare, that had been under treatment with the vet for some time. I can’t disclose details on the horse, but at this stage, she was unable to move her neck, and the prognosis wasn’t good. The horse presented with a very large lump, which was a pretty impressive size, we weren’t sure what the problem was on first view. What occurred was pretty amazing, the swelling in the kneck changed shape during the first treatment and started to weep towards the end of treatment.  The horse owner called the vet to arrange a time the following day for a second treatment, when the vet would be present. During the second treatment the lump became more pronounced and the vet scanned it and discovered an abscess which he thought had several sacks inside that held in the infection. He went on to burst the abscess, and drained the fluid. The horse could graze grass the following day, which it hadn’t been able to do for some time. The vets treated the horse with antibiotics and flushing, and further Theraplate sessions to draw the fluid out which continued a couple more times. The healing process happened very quickly and the horse back in work within a few weeks. A very positive outcome 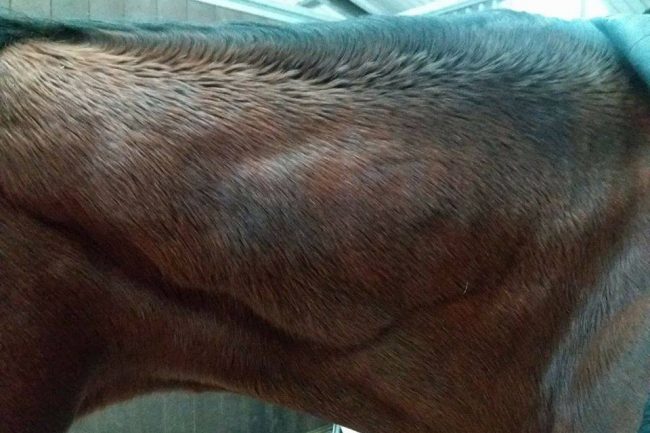 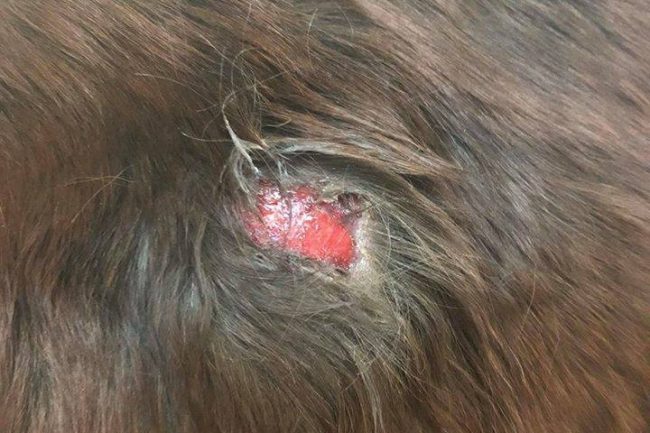 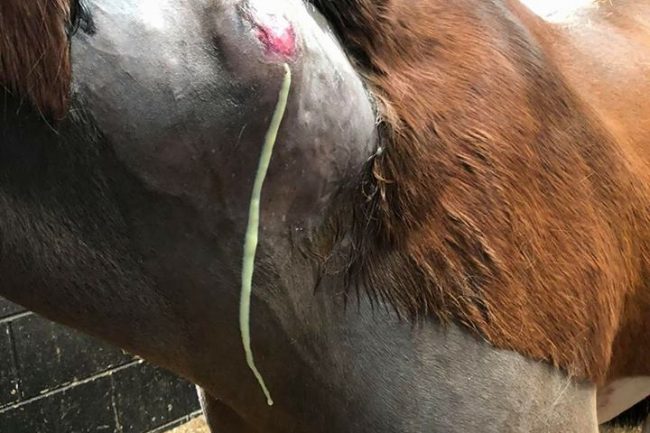